If you are using a screen reader and are having problems using this website, please call (888) 842-5007 for assistance. Please note, this number is for accessibility issues and is not a ticketing hotline.
Dismiss 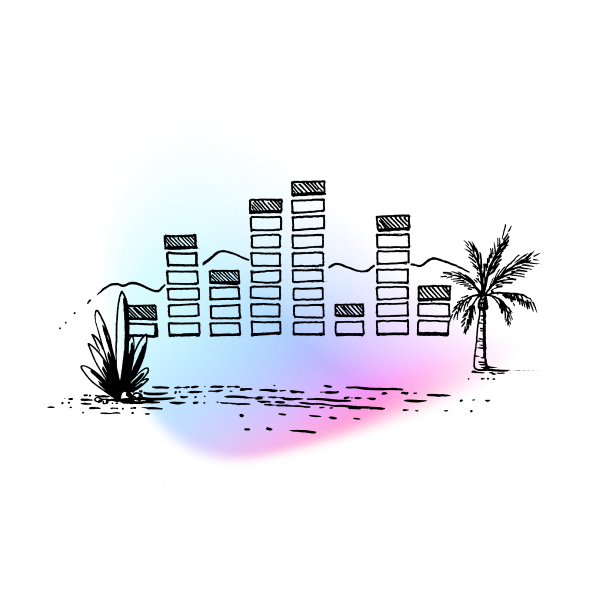 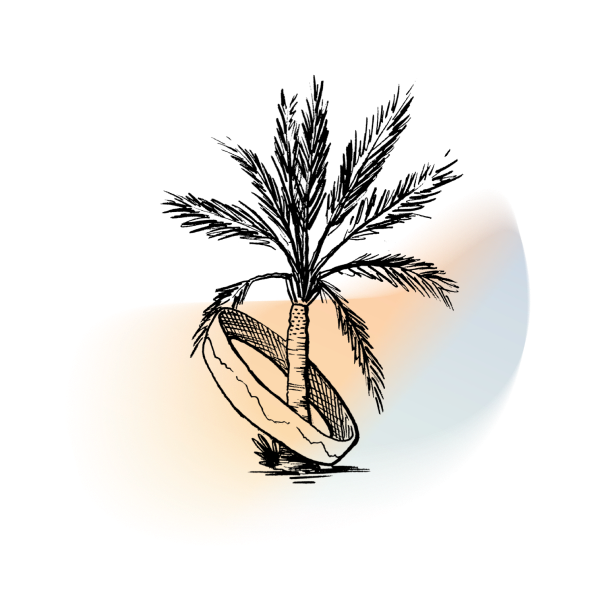 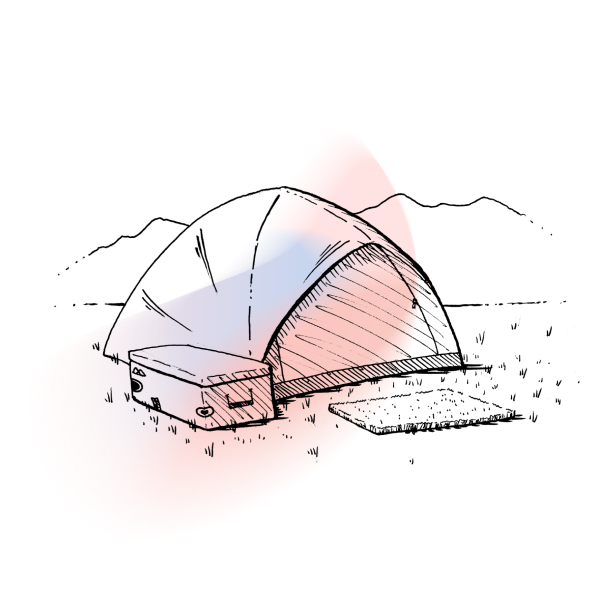 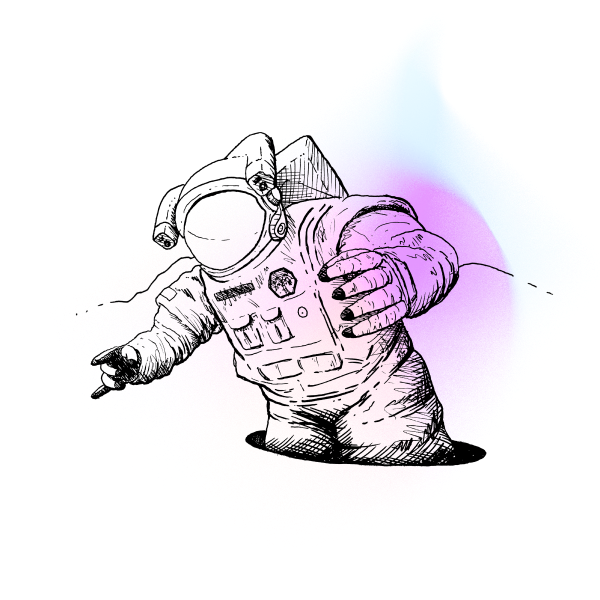 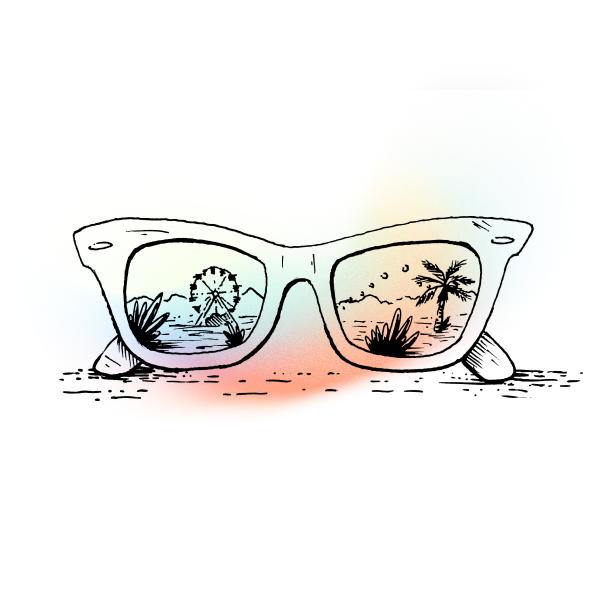 Outstanding In The Field

Join us for a full-service, four-course family style meal, from a myriad of local chefs – each celebrating the rich agricultural landscape of the Coachella Valley. 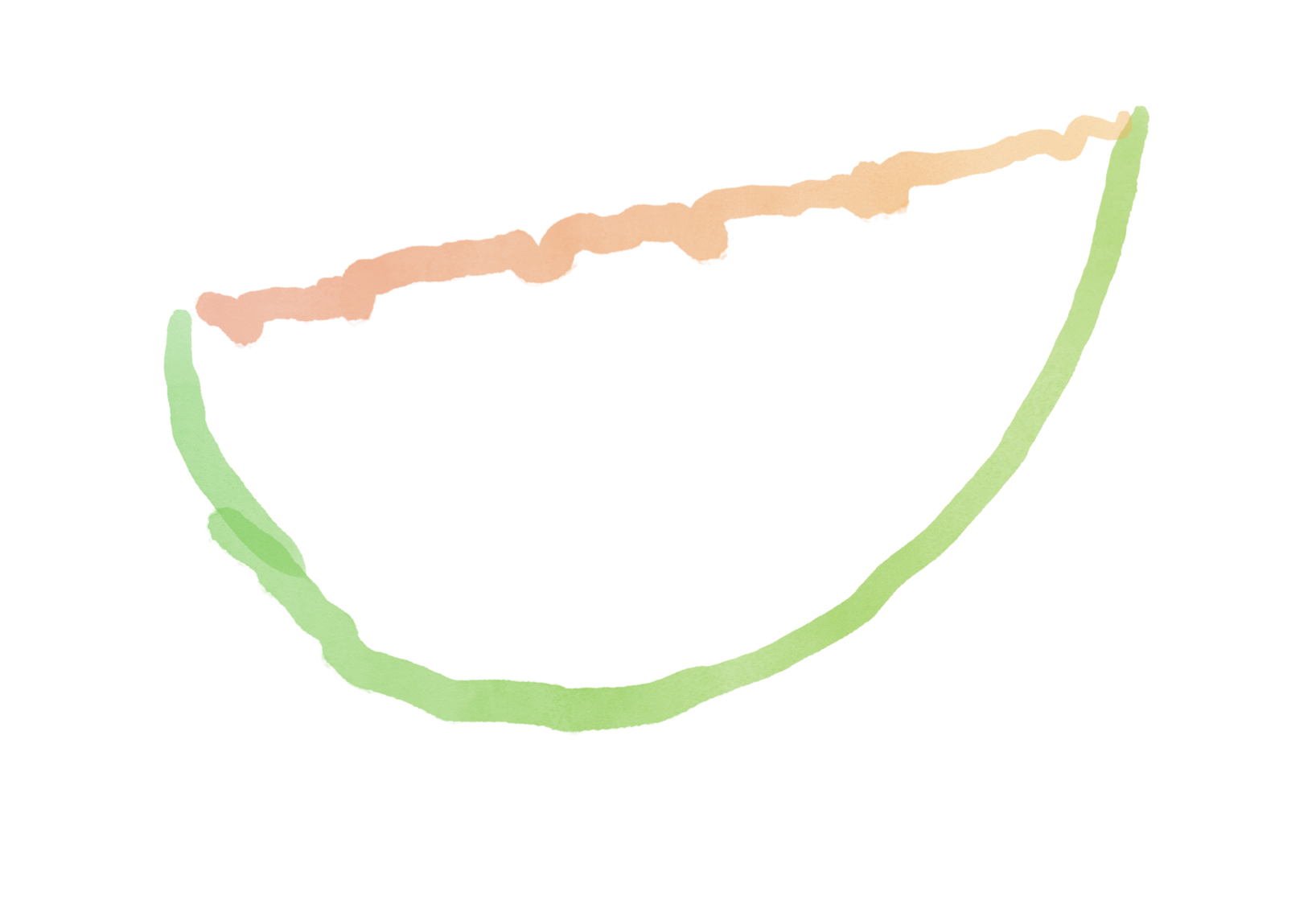 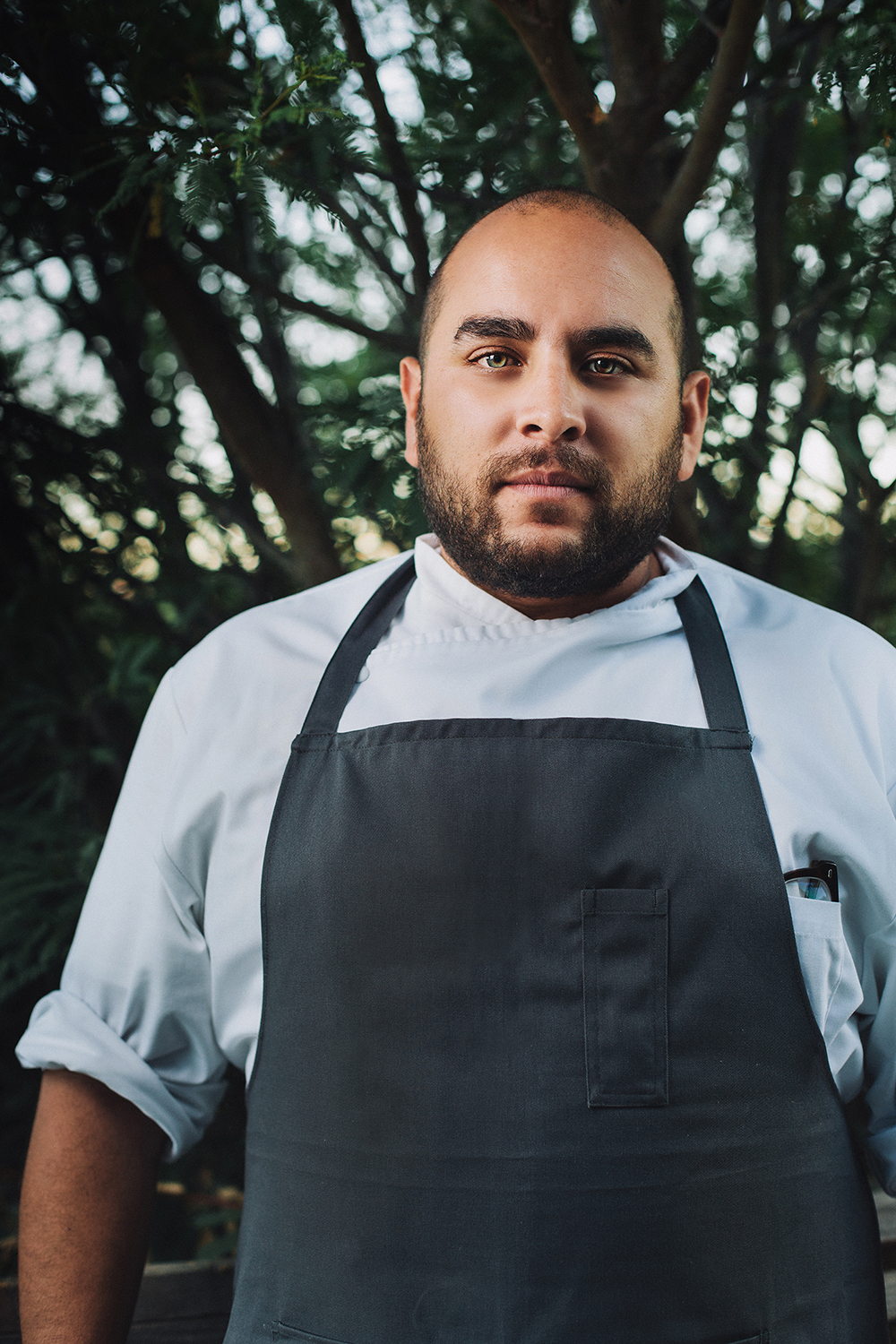 la bête noire
Born in Ensenada and raised in Mexico's finest cuisines, Diego is part of a generation that is uniting tradition with a contemporary look at hospitality.
With a strong focus on nature, his main restaurant – CORAZON DE TIERRA – has spearheaded the farm-to-table movement in Mexico from the Valle de Guadalupe wine region, bringing sustainability to our food scene and has become a node for innovation. His cuisine is sincere, intuitive and spontaneous, he deeply feels our terroir, letting the ingredients express their culinary uniqueness in a beautiful game that shows: culture, simplicity, experience and the pure joy of cooking.
LEARN MORE 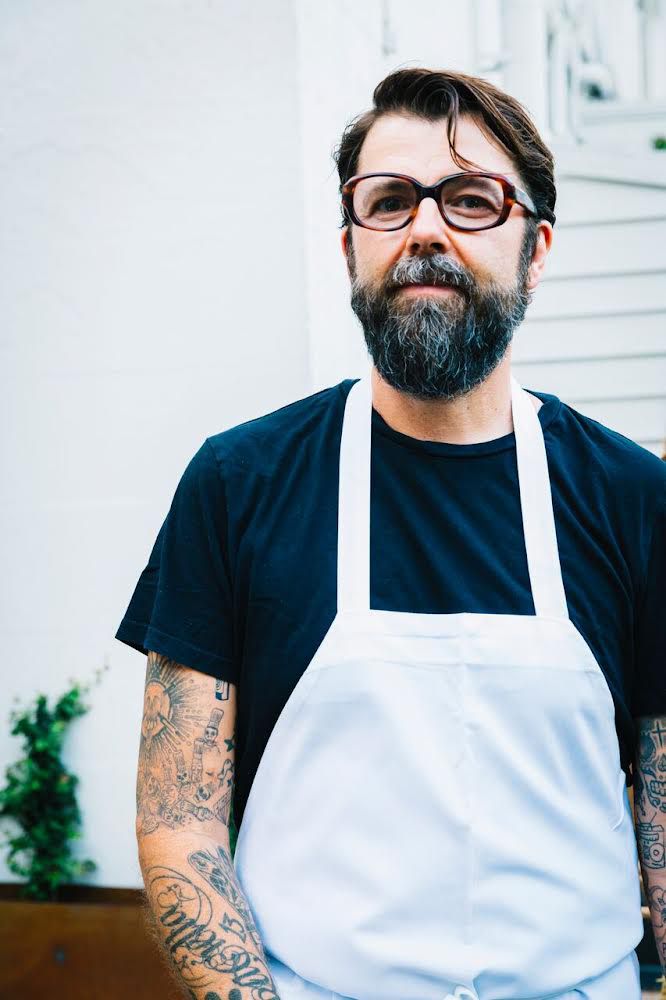 The Restaurant
Donnie Masterton, The chef who brought global comfort food to San Miguel de Allende!
Donnie’s first establishment in San Miguel, affectionately named “The Restaurant,” was opened in 2008 and to this day remains a staple in local cuisine and nightlife. Since then Donnie has opened El Vergel Market & Bistro (think “French Country Bistro fare”), The Bar at The R (Asian small plates/Vinyl Bar), Birdies Burgers (re-opening early 2022, phew!), and the latest in Donnie’s repertoire (also opening up early 2022), will be “The Pizzeria.” This newest joint will offer Neopolitan style brick-oven pizzas, baked with love in their brand-new Magnaini pizza oven.
LEARN MORE 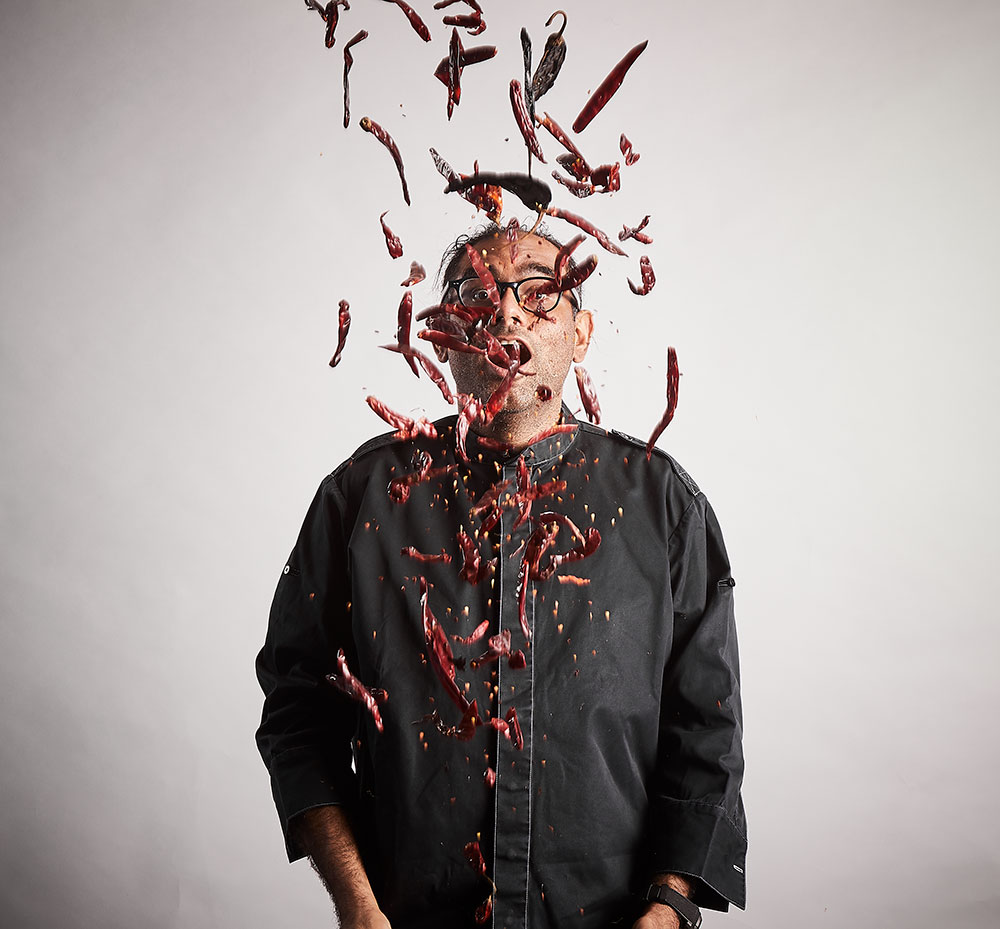 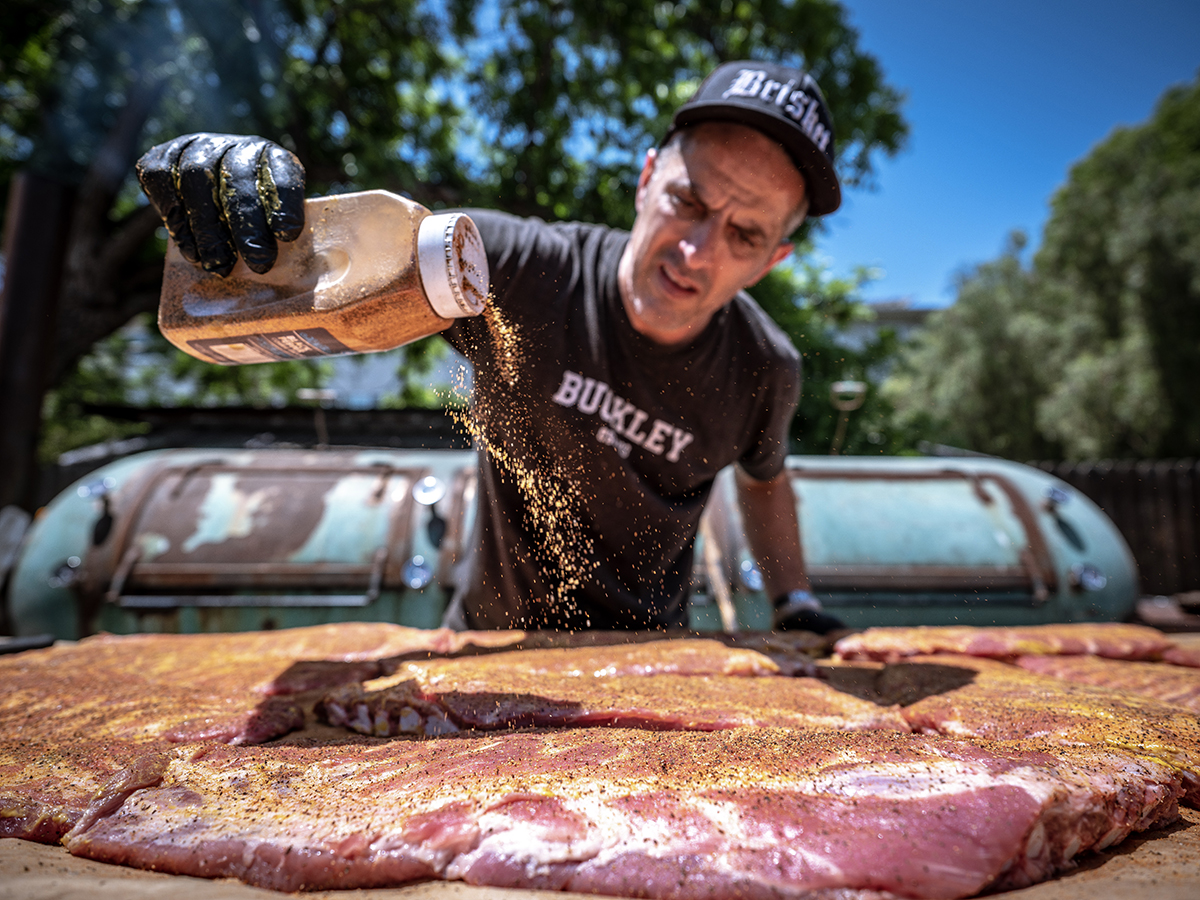 Slab Barbecue
They say the best barbecue takes time — and the story of SLAB is years in the making.
It begins deep in the heart of Texas, where Burt Bakman, an Israeli immigrant, found his calling to be a pitmaster. A quick business trip to the Lone Star State instead turned into a chance exploration of barbecue at its source, fostering a lifelong obsession in him to perfect the craft. Not a man to settle for second-best, Bakman determined to become one of the “greats” at smoking meat.
When you sit down at SLAB and taste the marbled brisket for the first time or strike up a conversation over a shared plate of food, you’ll know this experience has been worth the wait.
LEARN MORE 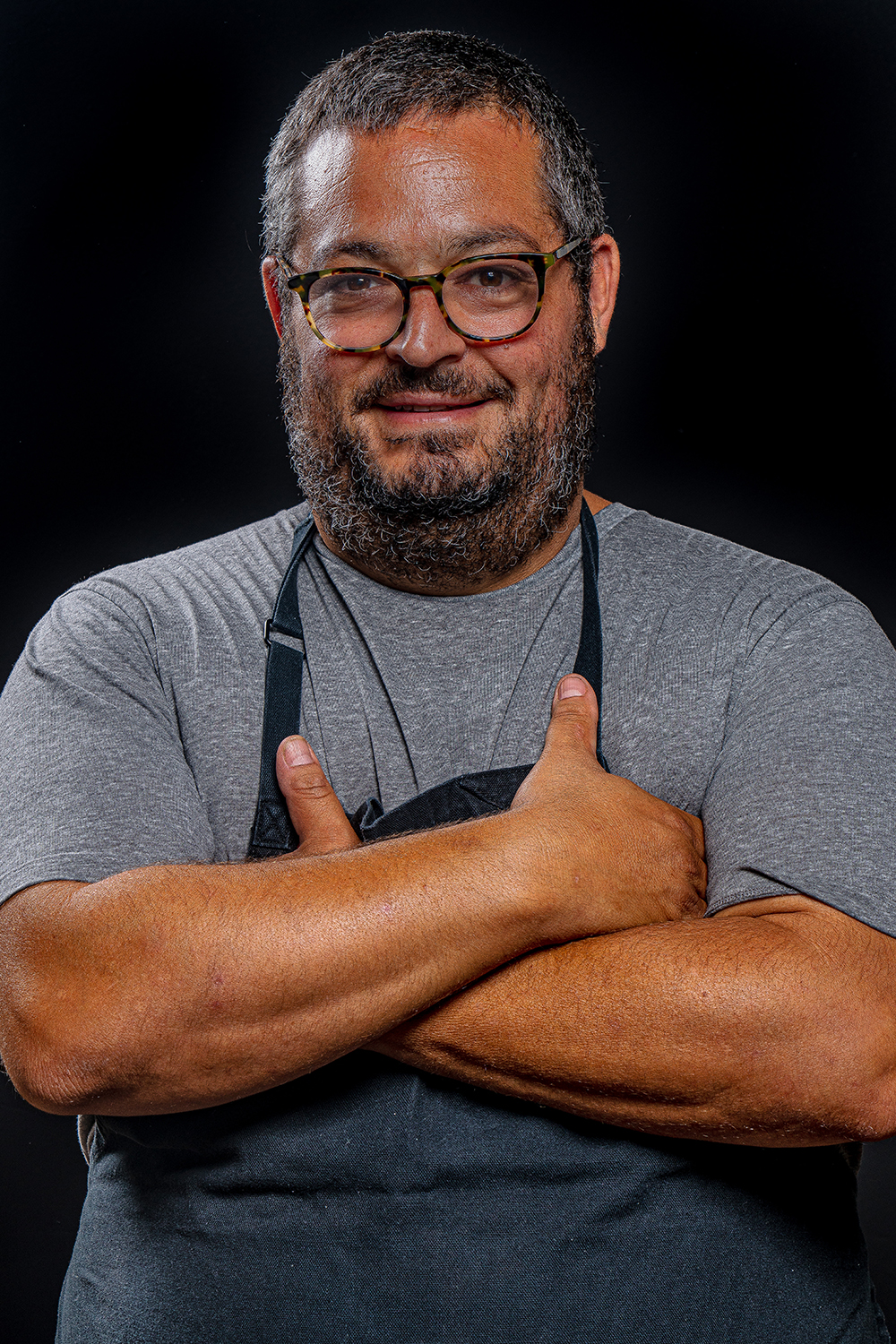 Chef Eric Greenspan
Eric Greenspan is an acclaimed chef and popular TV personality. He is the author of two cookbooks: The Great Grilled Cheese Book: Grown-Up Recipes for a Childhood Classic (published by Ten Speed Press) and Cook Up Comfort with Eric Greenspan(published in partnership with WW). A pioneer in the ghost kitchen industry, he is currently the Culinary Director of Virtual Dining Concepts, which has launched many hugely successful concepts including MrBeast Burger (with YouTube star MrBeast), Tyga Bytes (with hip-hop star Tyga), Mariah’s Cookies (with Maria Carey), Mario’s Tortas Lopez (with Mario Lopez) and many more.
LEARN MORE 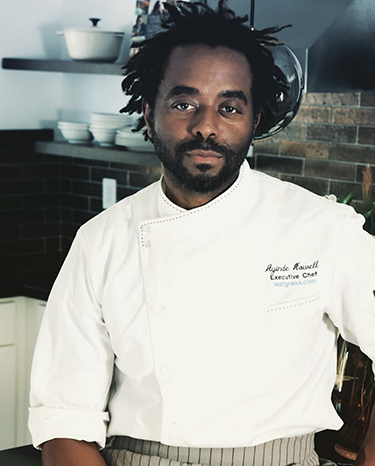 Ayindé Howell is a lifelong vegan, award winning chef, cookbook author, food activist and food manufacturer. His work has been profiled in The New York Times, Veg News, Essence Magazine and more. He’s been a celeb chef for Grammy award winning artist India Arie, and others that can’t be named. He’s an advocates whole plant based food for everyone regardless of your zip code. Ayindé cooks with his lifelong knowledge of plants and herbs to educate and tantalize the palate.
LEARN MORE 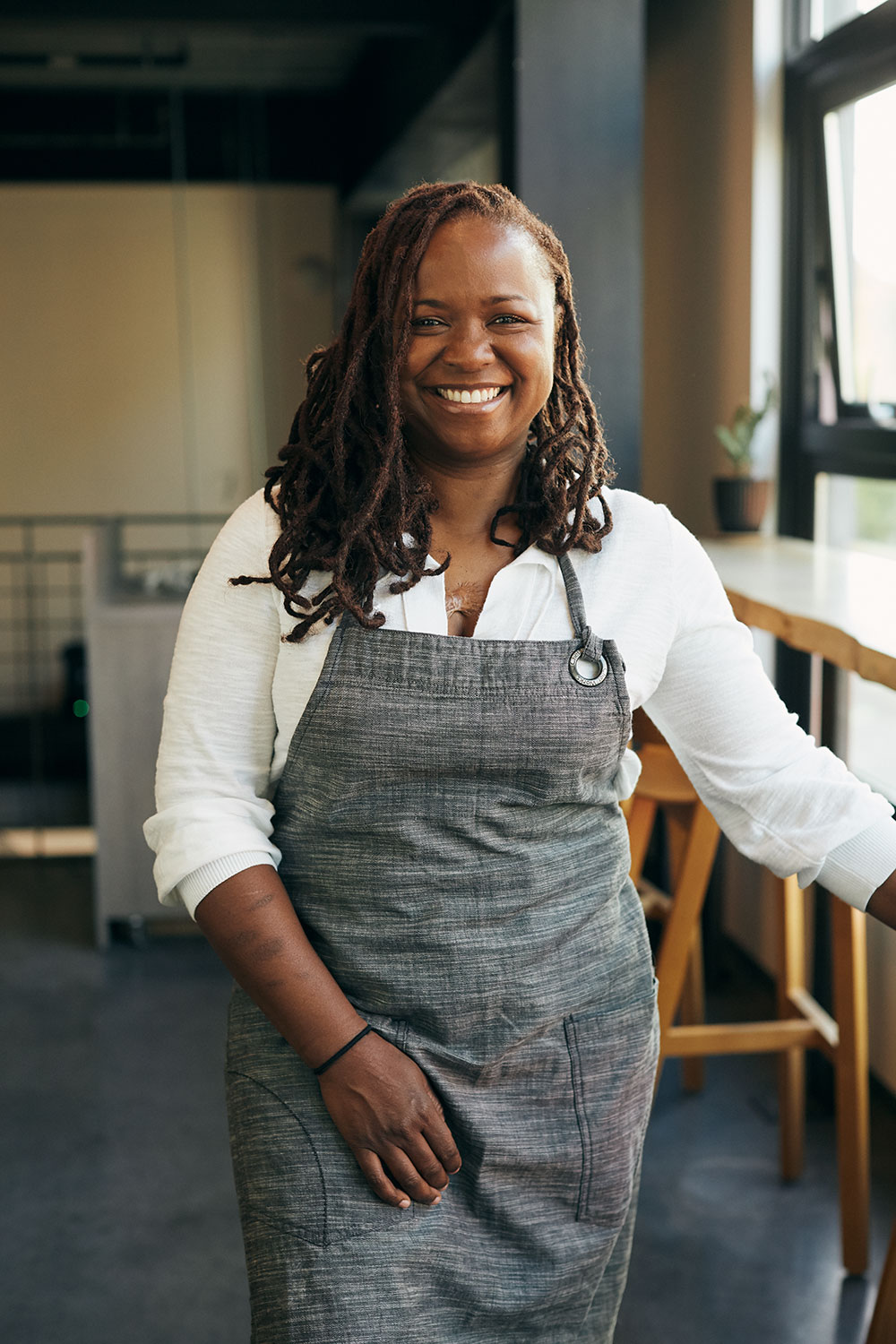 Plum Bistro
Makini Howell is a vegan chef and restaurateur in Seattle, Washington. Her flagship restaurant, Plum Bistro, is a vegan fine-dining restaurant in Seattle's Capitol Hill neighborhood.
Howell was raised vegan. Her parents have since the 1990s owned vegan sandwich shops and sold vegan sandwiches through co-ops in the region, and Howell grew up working in her family's sandwich shops.
LEARN MORE 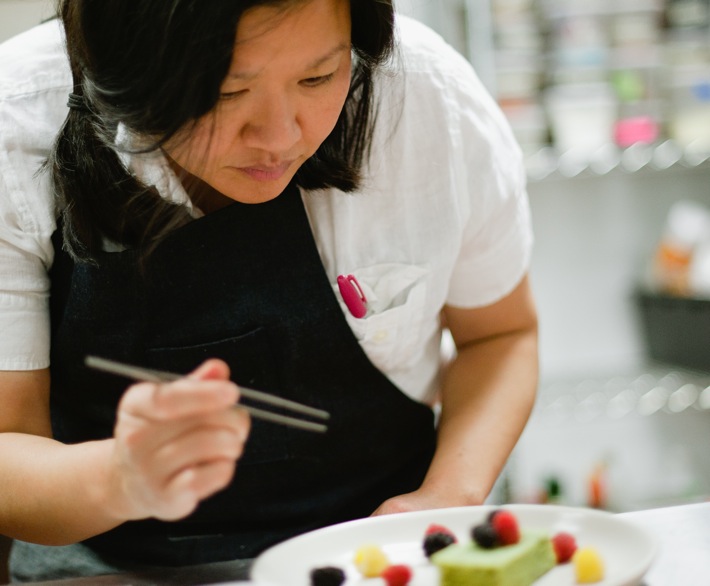 Phenakite/Porridge + Puffs
Founder, Chef, Artist at PHENAKITE Restaurant, porridge + puffs, and PKite Studio, a multi-disciplinary studio. As a 20 year veteran of the culinary arts as well as a decade-long experience in film, Phan’s practice oscillates between conceptualization and execution of the uniquely exceptional and exceptionally unique. More than what only the eye can see, her art brings in all the senses, especially taste and smell, embodied with technique, playfulness, and thoughtful studies of nature, humans, their relationships.
LEARN MORE 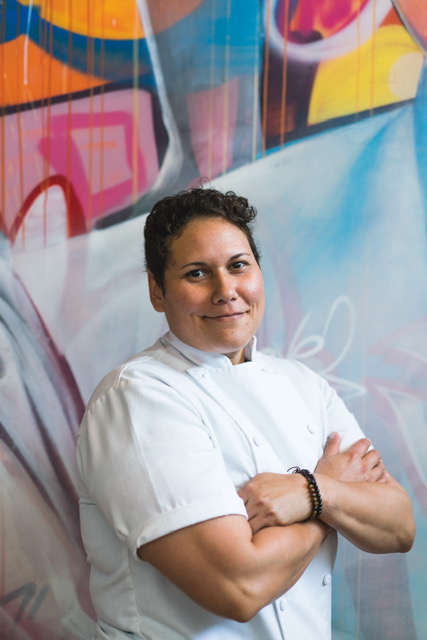 Otoño
Teresa Montaño is a New Mexico-born, Los Angeles-based Chef, best known for her modern Spanish cuisine. Teresa’s unique perspective on Spanish cuisine integrates creative use of technique and ingredients rooted in Californian sensibility, seasonality, and aesthetic. Much of Chef Teresa’s cuisine is based off of her many trips through the Basque and Catalan regions of Spain. Teresa also pulls from the vast palate of the international city of Los Angeles, integrating Japanese, Chinese, Peruvian and Mexican ideas into her dishes. With strong roots in the organic food industry early in her career, Teresa developed a strong sense of stewardship towards the environment and sustainable business practices. 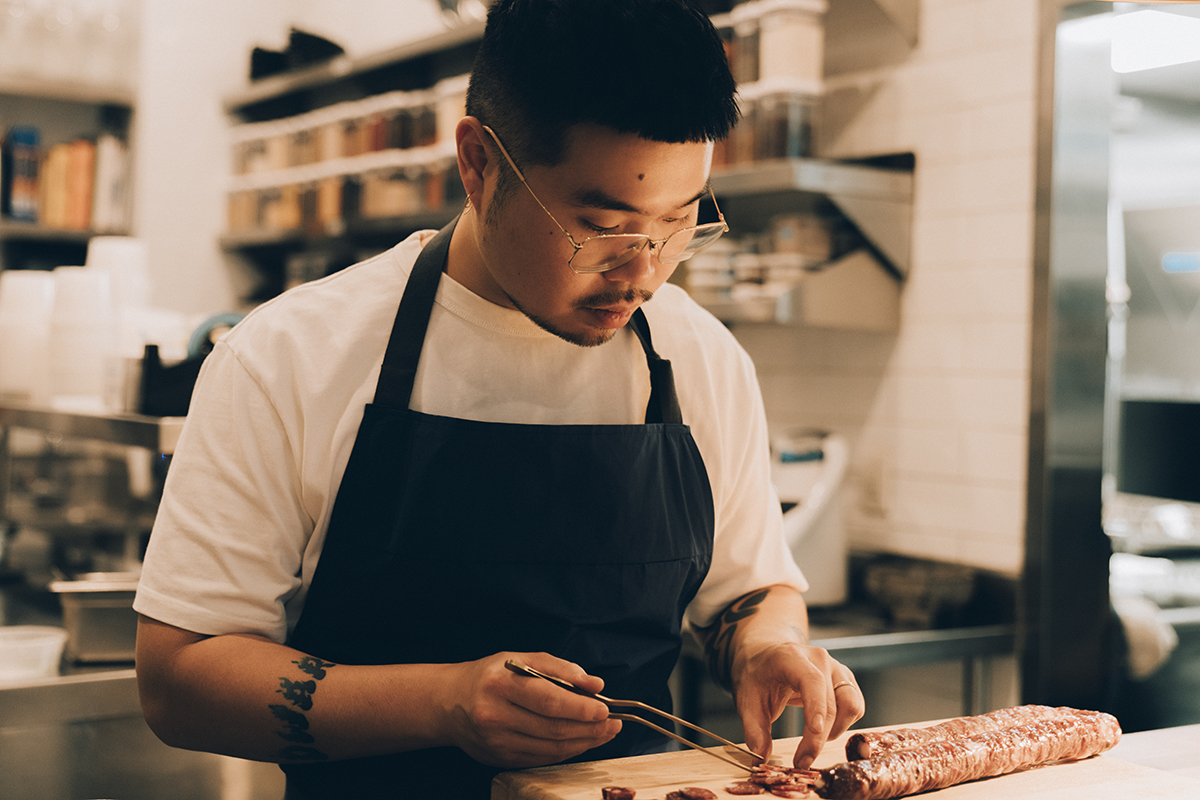 Camphor
Atlanta native Chef Max Boonthanakit has worked in restaurants since before he could drive a car. As a seasoned veteran with over 10 years of restaurant experience under his belt, including time spent with the luminary Alain Ducasse, Boonthanakit is ready for his newest endeavor as Co
-Executive Chef at a L.A.’s newest modern neighborhood bistro, Camphor, in the heart of DTLA’s Arts District
LEARN MORE 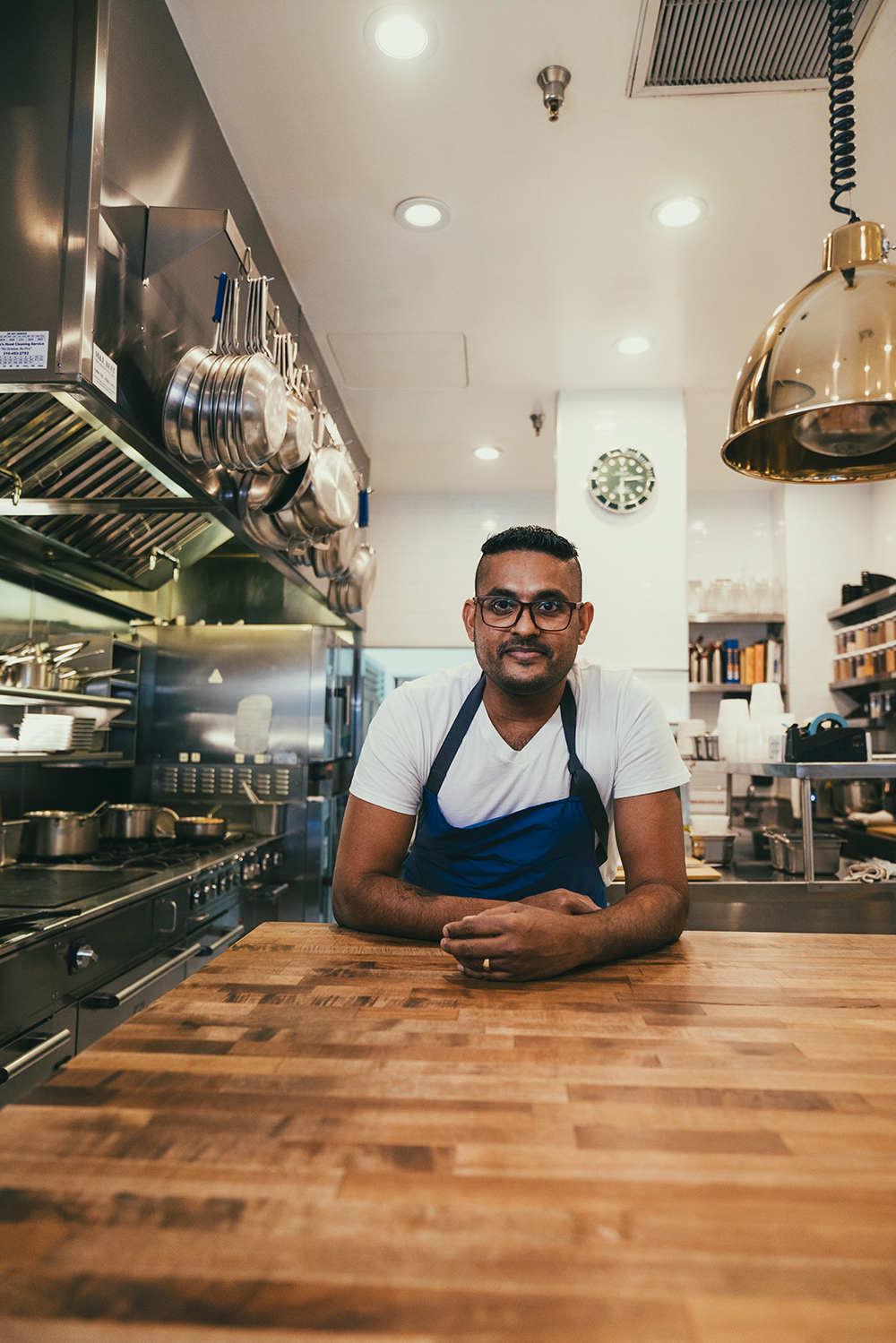 Camphor
Michelin-star veteran chef Lijo George is a newer culinary arrival onto Los Angeles’ diverse and distinctive dining scene with his unique take on classic French and Indian flavors at the recently opened Camphor in DTLA’s Arts District. Born and raised in the coastal region of Kerala in South India, George is heavily influenced by his upbringing and roots working on his family farm. It was through his early years on the farm where he developed his philosophy toward food: keep it simple and use only the best ingredients.
LEARN MORE 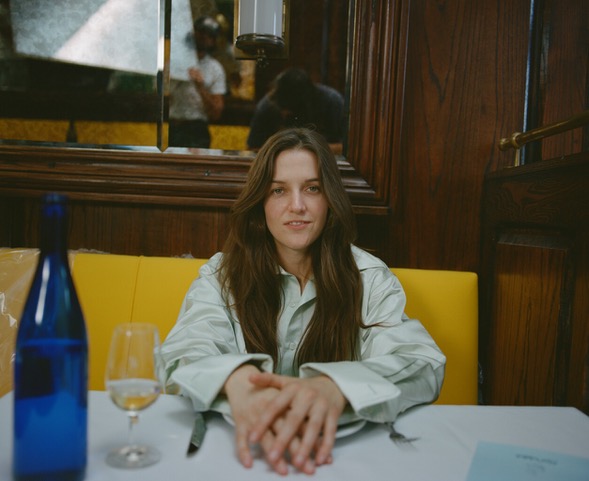 Horses
Liz Johnson has always marched to the beat of her own drum. She knew she wanted to run her own kitchen while still in grade school and immediately set her sights on making her dream a reality. The younger daughter of an MIT educated Chemist and a professional pianist; she was encouraged to pursue her passions. Her natural determination and aptitude in the kitchen shone from an early age and, as soon as she was of legal age, she was working in professional kitchens. Throughout high school, she made salads, scooped ice cream, cooked chops and burgers, even waited on the occasional table. She enrolled in the local community college culinary program while attending school and moonlighting at her jobs. Committed to cooking professionally, Liz graduated high school early and was accepted into the prestigious Culinary Institute of America, where she completed an accelerated program in under 20 months. Keen to return to working in the industry, she earned a position at Chefs Ken Oringer and Jamie Bissonnette’s ‘Toro’, and began work a mere two days after graduating. Her time in Boston kickstarted an energetic career which she continued to build out across major cities in America and abroad. She trained in Copenhagen, Tokyo, Washington D.C., and finally to New York City where she, at the age of 24, was named chef of MIMI.
LEARN MORE 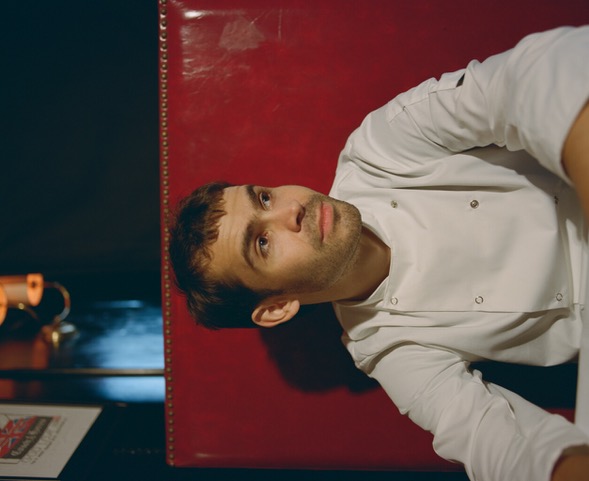 Horses
Will Aghajanian is a chef by trade, beginning a career in his hometown of Washington D.C. He was all of eleven when he negotiated his way to a weekend internship in a local restaurant. While the seasoned cooks and waiters thought it was novelty to have a witty fifth grader wielding a knife, Will found a home in kitchens. His creative pursuits were made a reality through relentless exploration. Making time between work and grade school, he would pour through cooking literature and films, absorbing them and laying the groundwork for what would be a lifetime of experimentation.
LEARN MORE